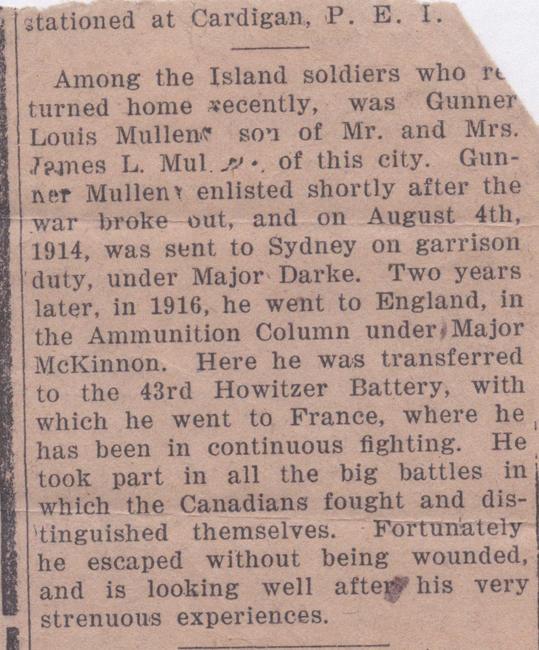 Among the Island soldiers who returned home recently, was Gunner Louis Mullen, son of Mr. and Mrs. James L. Mullen of this city. Gunner Mullen enlisted shortly after the war broke out, and on August 4th, 1914 was sent to Sydney on garrison duty, under Major Darke. Two years later, in 1916, he went to England, in the Ammunition Column under Major McKinnon. Here he was transferred to the 43rd Howitzer Battery, with which he went to France, where he has been in continuous fighting. He took part in all the big battles in which the Canadians fought and distinguished themselves. Fortunately he escaped without being wounded, and is looking well after his very strenuous experiences.